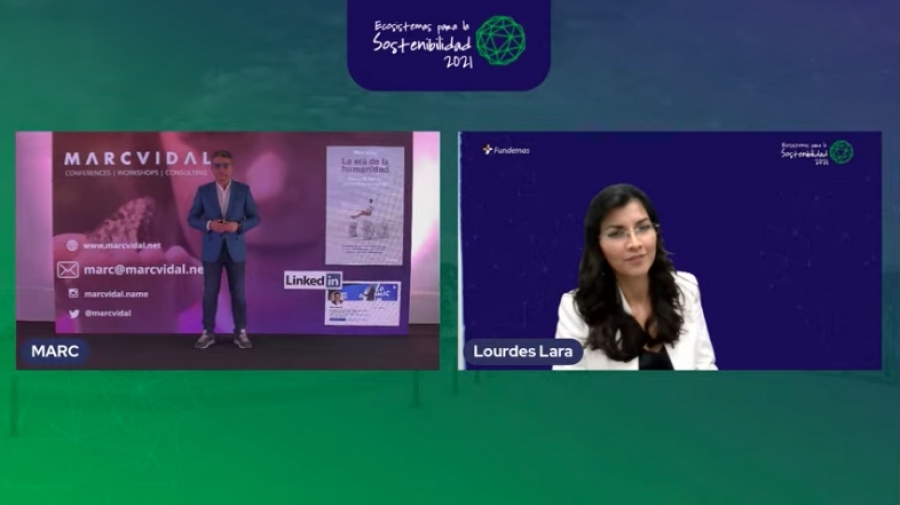 During the third day of the Sustainability and CSR Week " Ecosistemas para la Sostenibilidad 2021", organized by the Fundación Empresarial para la Acción Social (FUNDEMAS), the theme of technology as a driver of human improvement was the protagonist. It was a morning marked by lectures that made it possible to visualize a sustainable future from a technological approach.

Haydée de Trigueros, executive director of FUNDEMAS, said that the context caused by the COVID-19 pandemic has put us in a reality that we saw coming, but not so soon. "Overnight we all became virtual, and that is why companies and individuals have identified technology as indispensable as a means, not only to carry out their daily work, but also to boost their positive impact on society", she said. 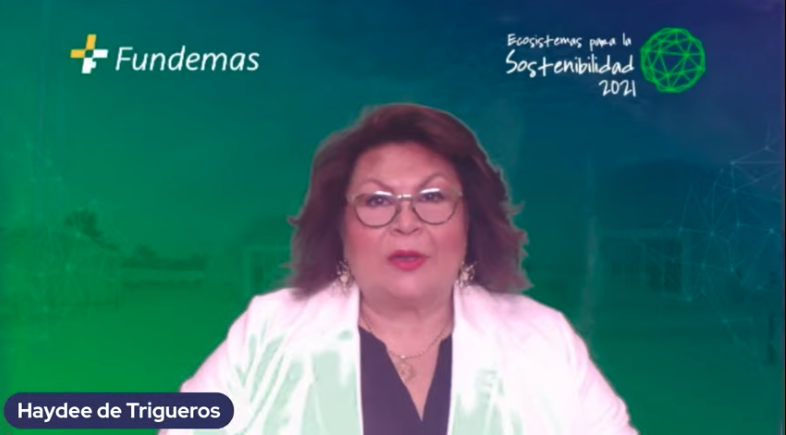 "We have learned that technology helps the well-being of people and therefore of companies and organizations. Technology is vital because it opens new opportunities and opens new markets", expressed Haydée de Trigueros.

Marc Vidal, a specialist in digital transformation and industry 4.0, and one of the most influential figures in digital economy in Spain, known for his revolutionary method to make unknown brands relevant based on technological understanding, explained that human beings have been innovating faster. 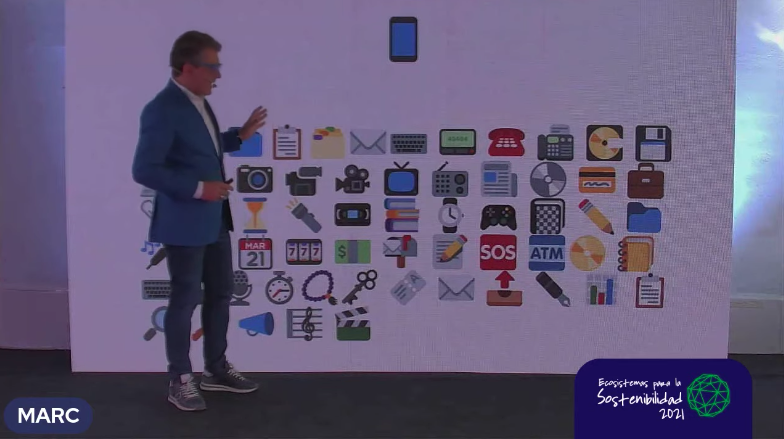 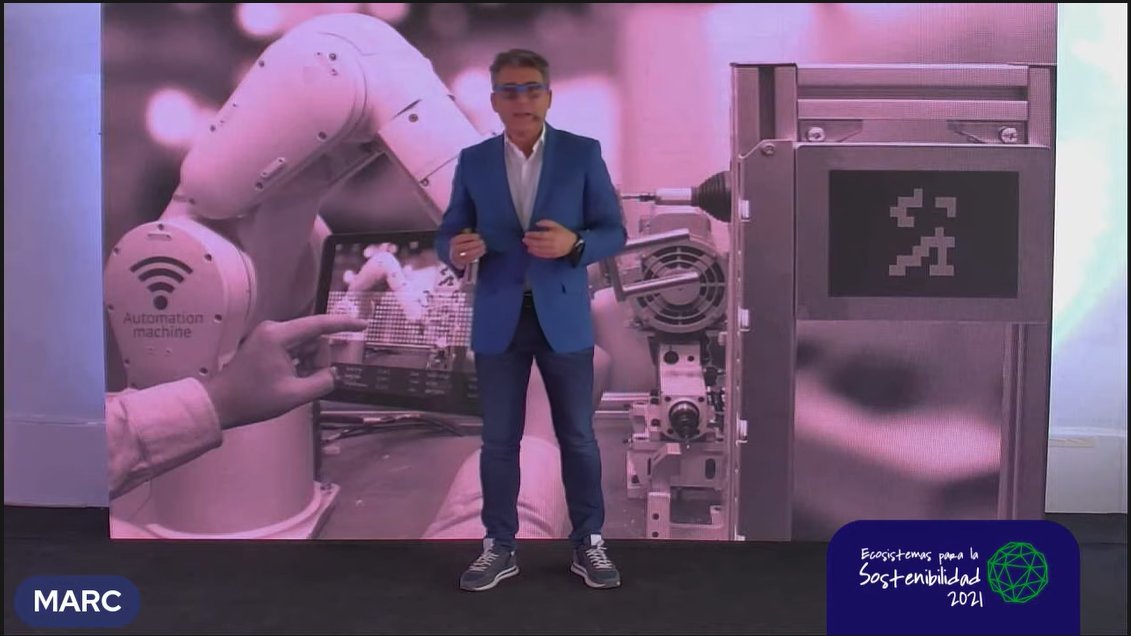 Likewise, a specialist in digital transformation said that every technological revolution is first identified as a crisis. "That birth, which is somewhat painful and slow, requires a transition to the idea that these changes will be positive", he said.

"Suddenly the 21st century started last year through a global health crisis; it made us understand that the available technology we had had to do more than just speed up communications. We often have the feeling that robotization, automation is going to replace people and leave us without jobs; this is not the case, the countries with the most robots per capita in the world are the countries with the highest employment", said Marc Vidal. 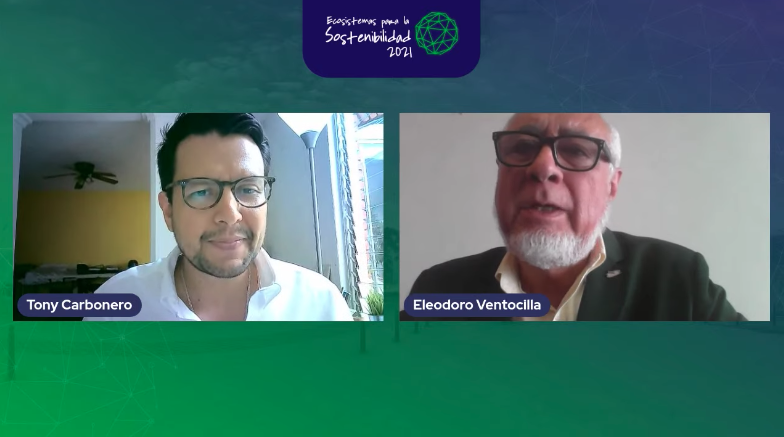 "Robotization, automation, technology, does not generate unemployment, what it generates is efficiency and this generates productivity, and then generates employment. But we are often afraid of this. The question is not whether technology is going to affect me, if so they have been radically wrong, the question is when is it going to happen to me? and above all, with what technology is it going to happen to me? Big data, artificial intelligence, robotization, automation, change management, new mineral extractions, solar panel production, and the construction of turbines are technologies that allow us to have development opportunities in the 2030 agenda", said the Spanish expert.

The second presentation of the day was dedicated to the case study and success story of TELUS Canada, which was given by Geoff Pegg, Director of Sustainability and Environment of the company.

"We simply believe that together we will make the future friendlier. Motivated by our passion and social purpose to connect citizens for good, our philosophy of giving back where we live has inspired TELUS to contribute more than $820 million and 1.6 million days of social service since 2000", said Geoff Pegg. 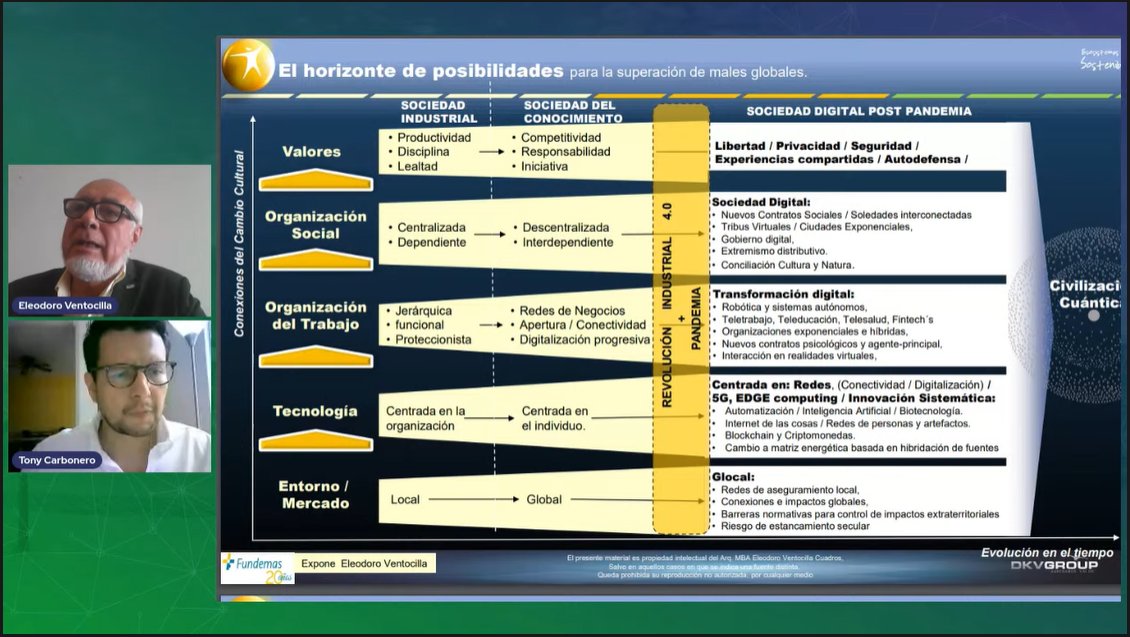 "We have had a long-standing commitment to strong and effective corporate governance and disclosure practices such as publicly reporting our environmental performance since 1992. More than ten years ago we established our first set of long-term climate change goals. Our commitments were a 10% reduction in absolute domestic energy consumption and a 25% reduction in absolute domestic gas emissions by 2020", explained the TELUS executive.

In addition, Pegg mentioned that last year they set the goal of achieving net carbon neutrality by 2030 for TELUS operations and thus reducing energy intensity by 15% over 2019 levels by 2030.

Eleodoro Ventocilla of Millennium Project gave a lecture on "Skills and competencies for the journey to the future (Technology and work scenarios to 2050)", in which he said that technology, which at one time was very focused on organizations, became centered on the individual and is now beginning to move towards a technology that is increasingly focused on networks, with high connectivity and digitization.

"These technological changes are affecting the organization of work, and that is now demanding digital transformation that takes into account robotics, teleworking, tele-education, among other activities. We are moving towards a future that everyone sees closely linked to digital transformation. During the pandemic, the digitalization of society accelerated. It is important to know that when the market changes it is because there is technology that is transforming what we value", explained Eleodoro Ventocilla.

"We have a horizon to create better worlds, the technology is already here, we just need to make the decisions. We have to see all that can be done between the reconciliation of nature and culture. Think of the possibilities that exist between people's knowledge networks", concluded Ventocilla.

More in this category: « FUNDEMAS started the Sustainability and CSR Week Event to discuss the role of women in a changing world »
back to top 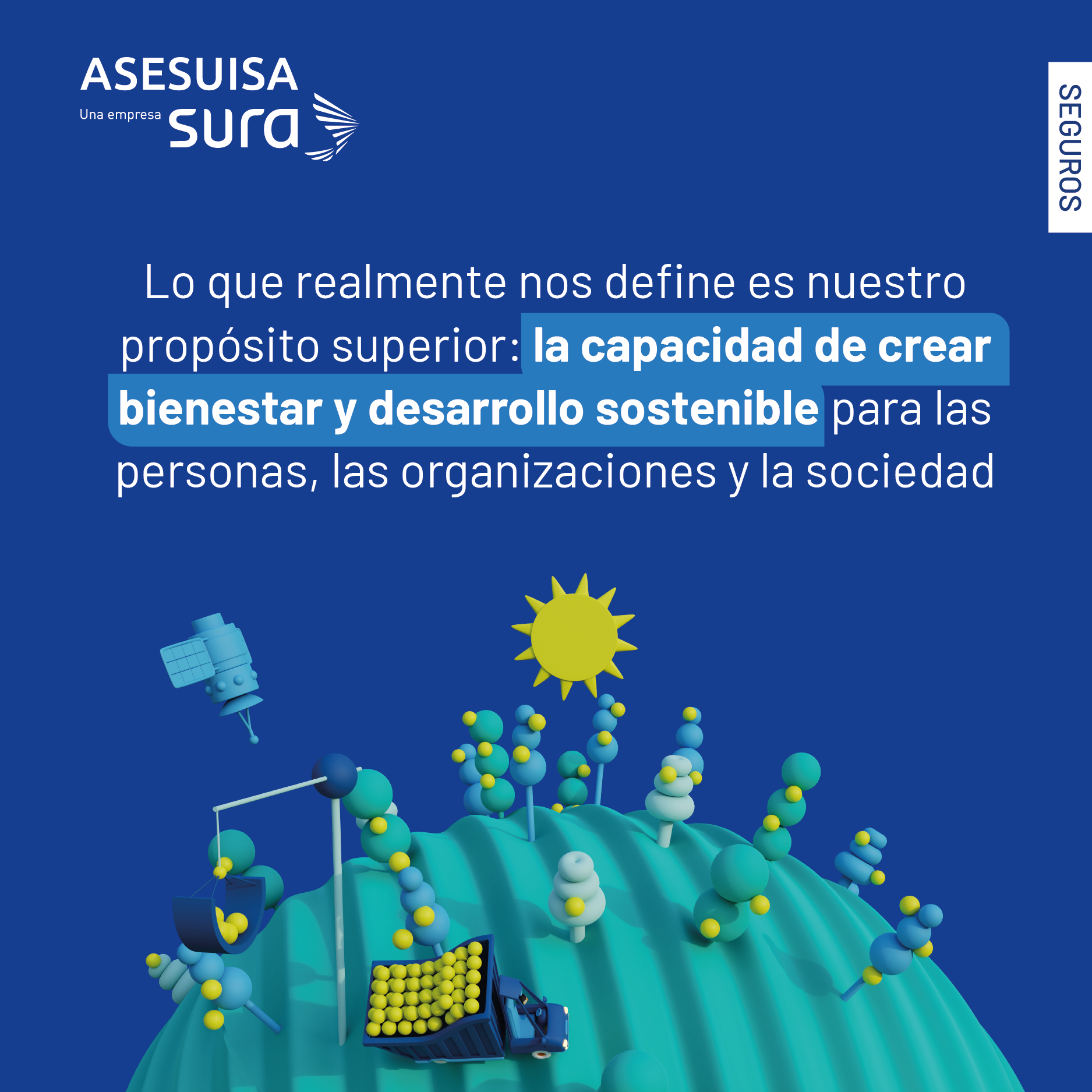 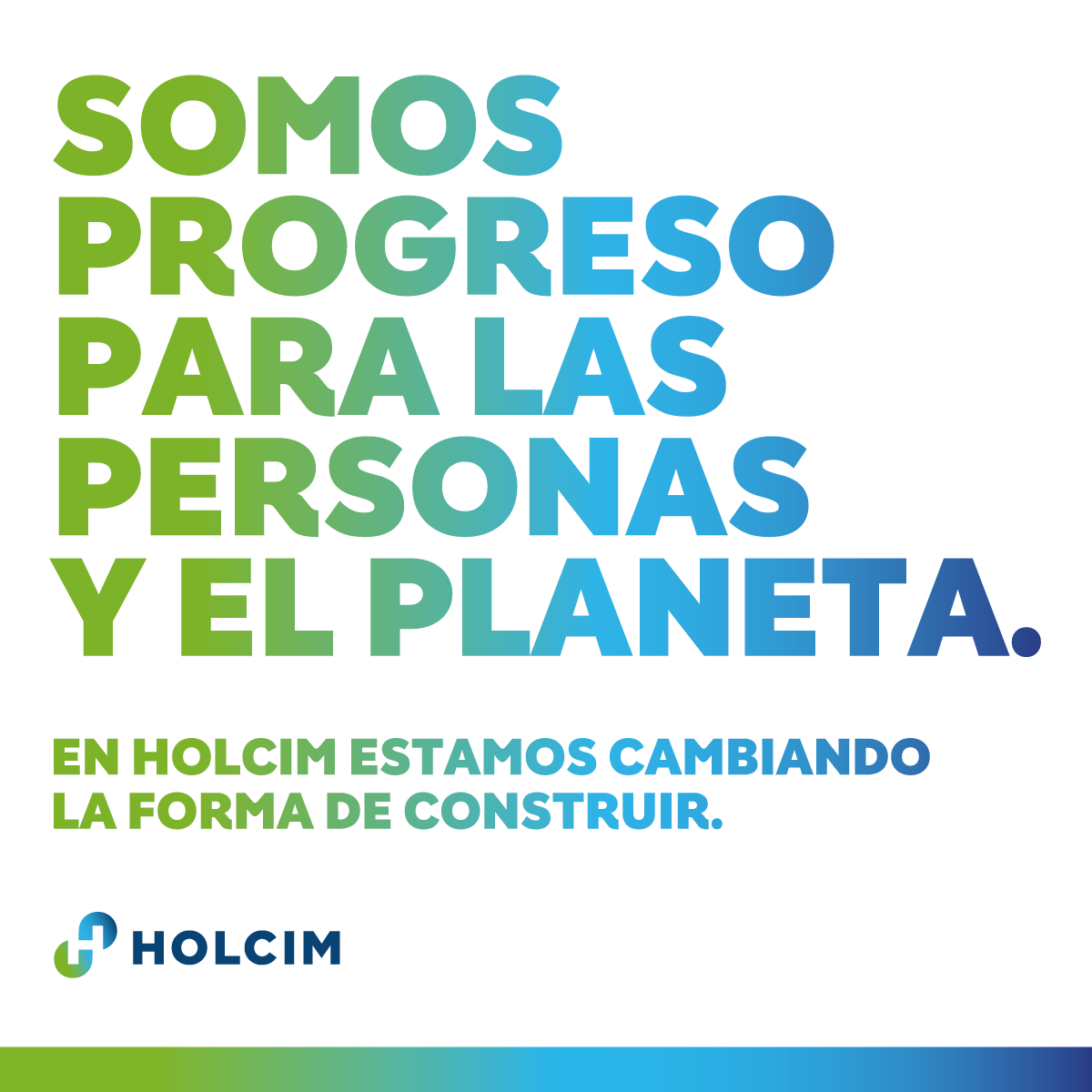